In 2020, the sport’s top players entered the championship. This year eight, teams participated in the championship. Teams were divided into two groups so games would be more tense in this season. As a matter of fact, UP4 and DOWN4 are equivalent to upper and lower divisions in other sports.

The achievements of players are registered in several different categories at every official Water Skyball event. The number of different score types, defenses, interceptions and other actions during the matches is recorded. The WSB markings printed on the players’ caps show how many times the given player finished at one of the first three places during last years’ championships. The strength of the teams, therefore the players’ results from the past years defines which group the teams got into. In UP4, the most successful teams compete, while in DOWN4 newer teams can introduce themselves.

During the regular season, in both groups the teams play 8-8 rounds in which everyone ícompetes with one another. Therefore, the whole regular season consists of 48 matches, a round consists of six matches. The playoff is scheduled in a direct elimination system, so the winner of each contest advances and the defeated drops out.

The losers of the semi-finals compete for the third place, and winners advance to the Water Skyball Finals where we can find out who the champion of Water Skyball 2020 is. 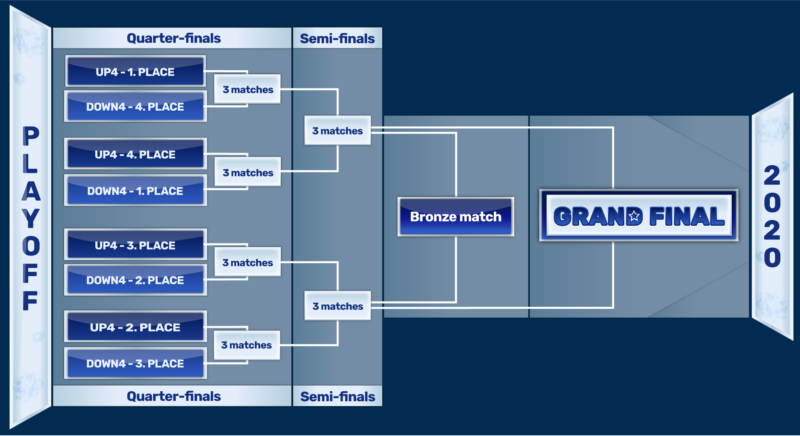